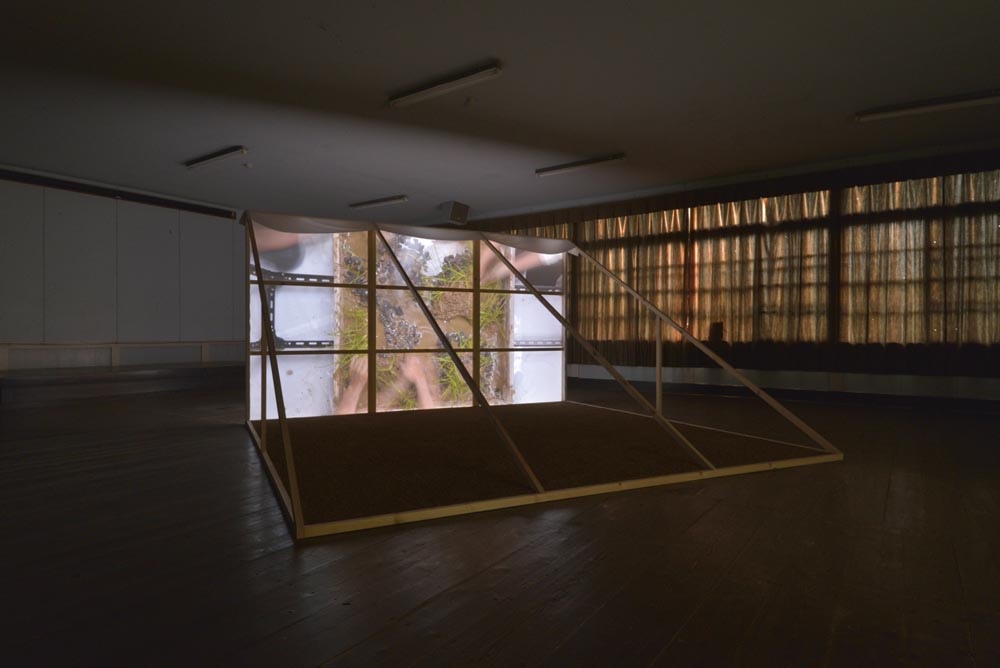 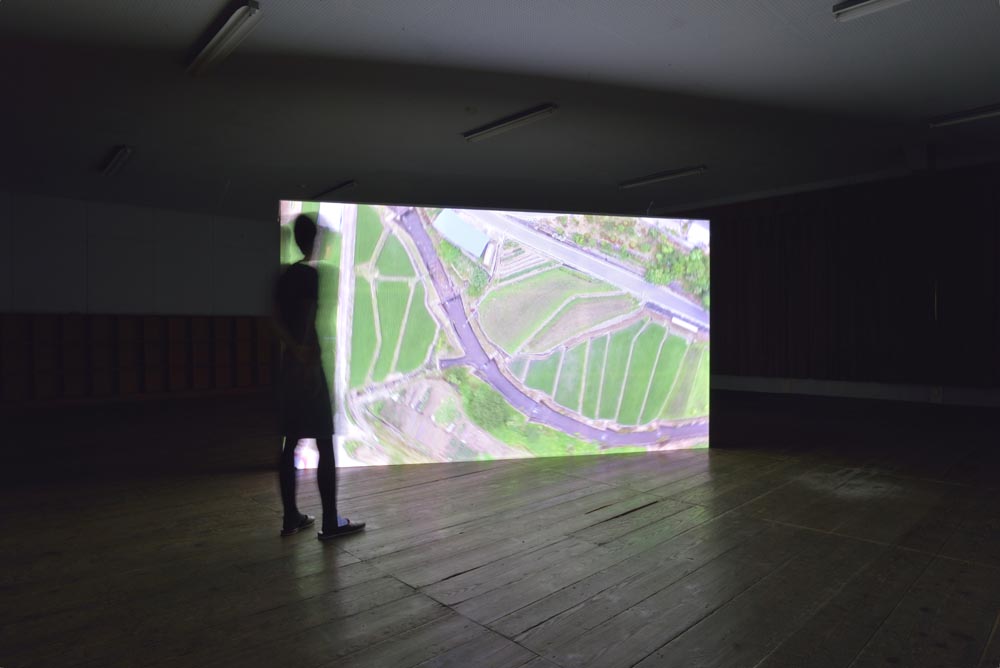 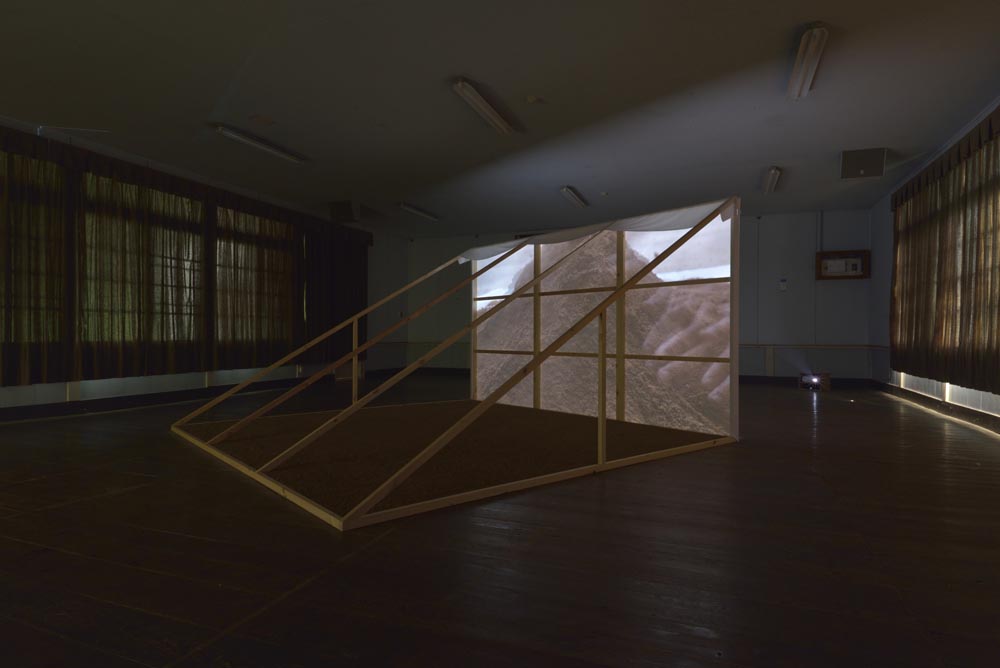 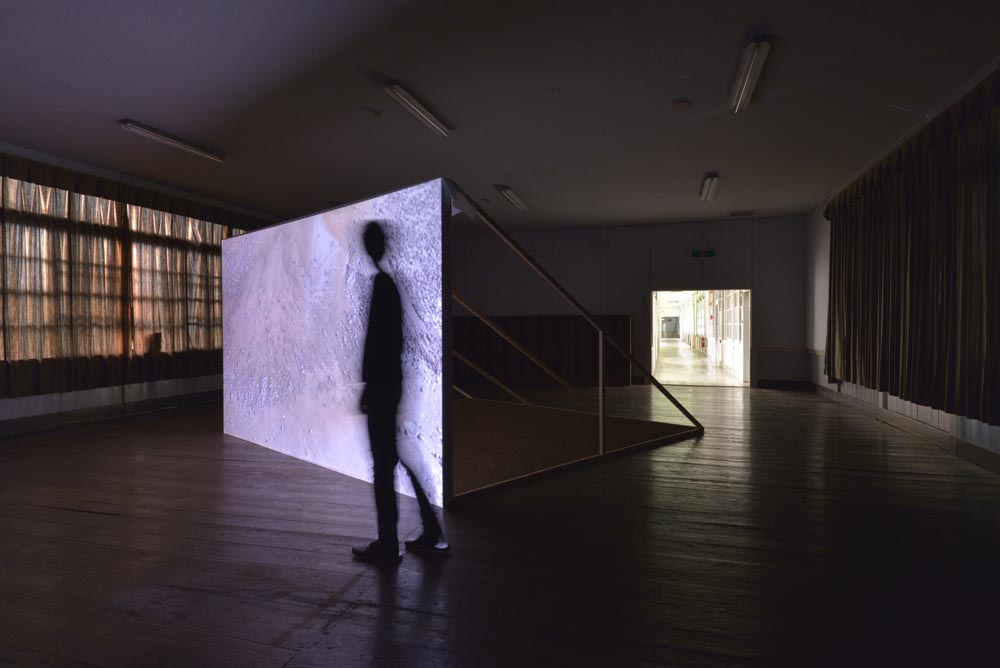 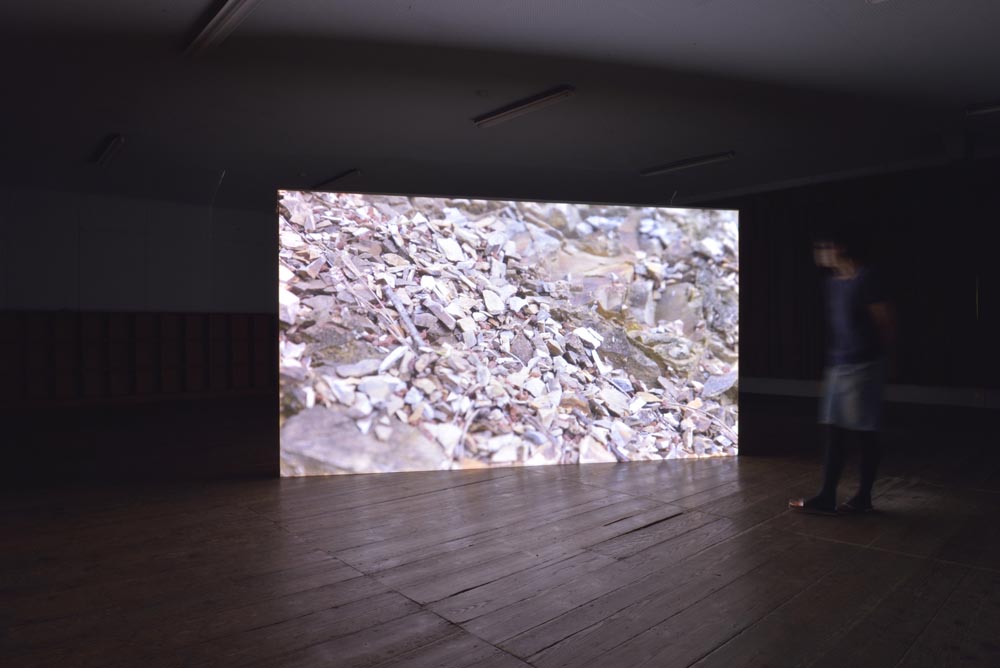 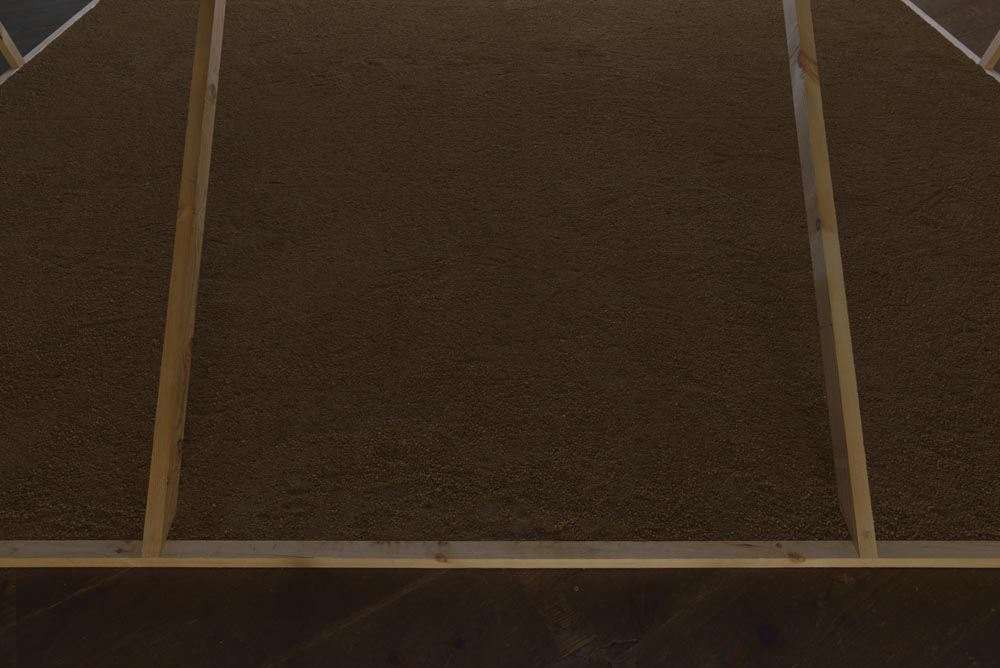 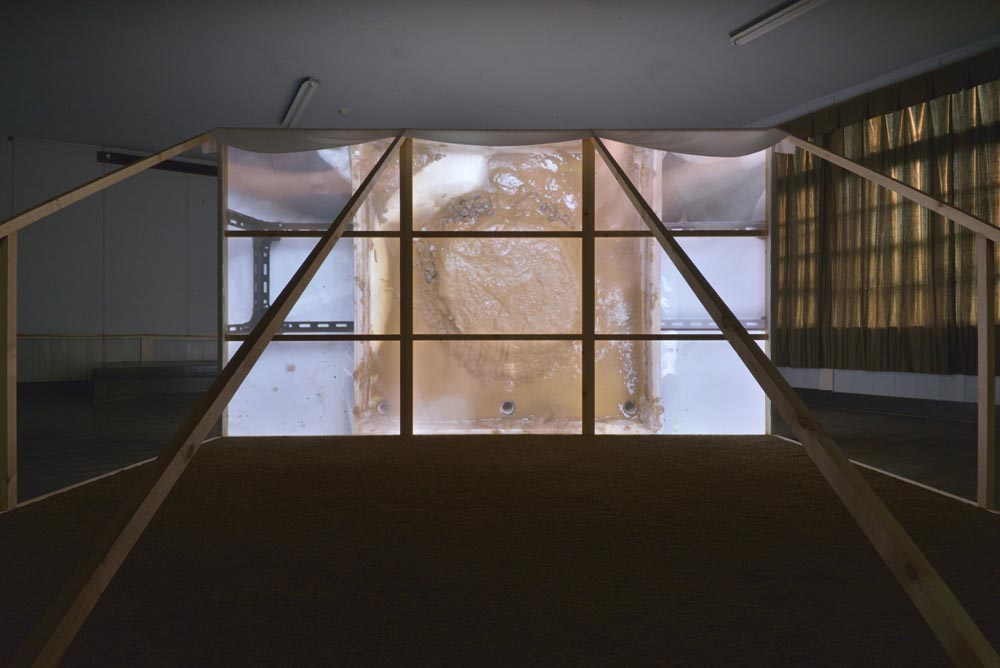 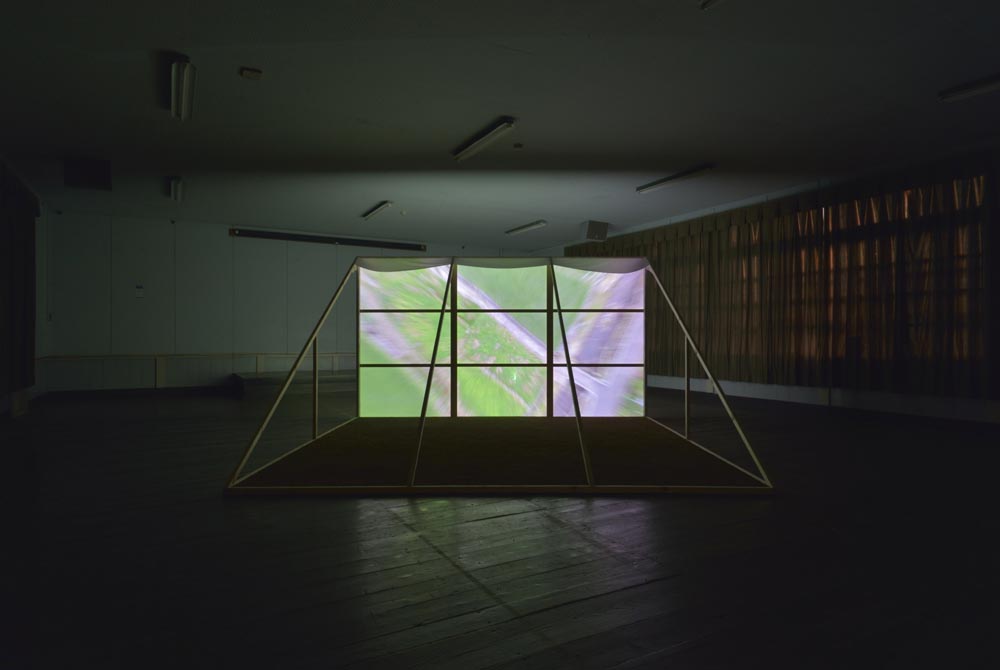 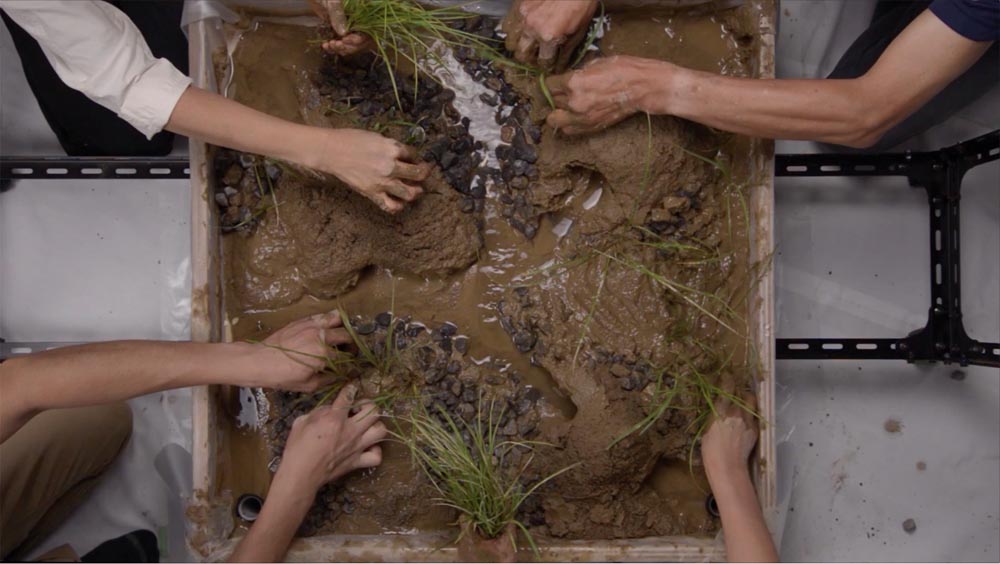 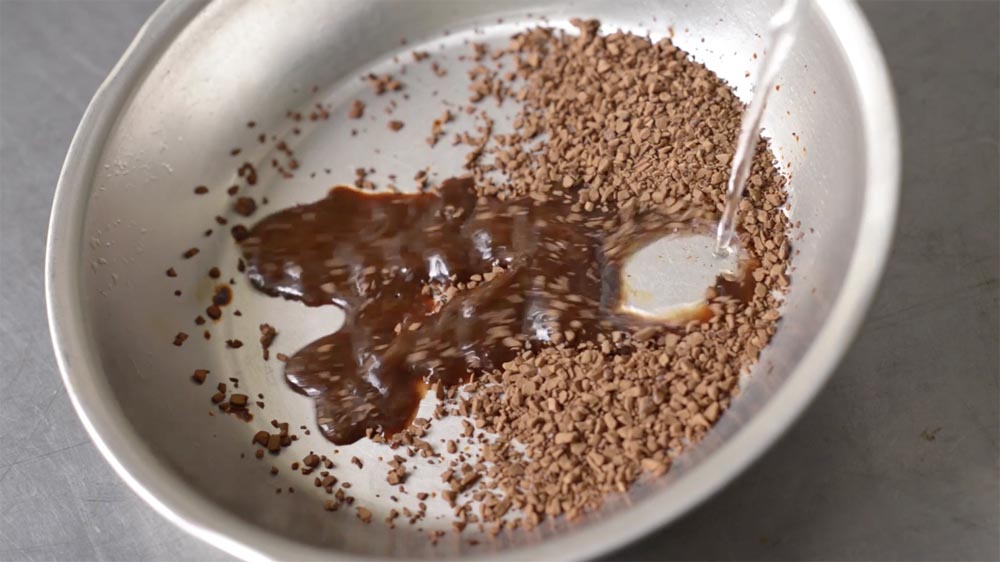 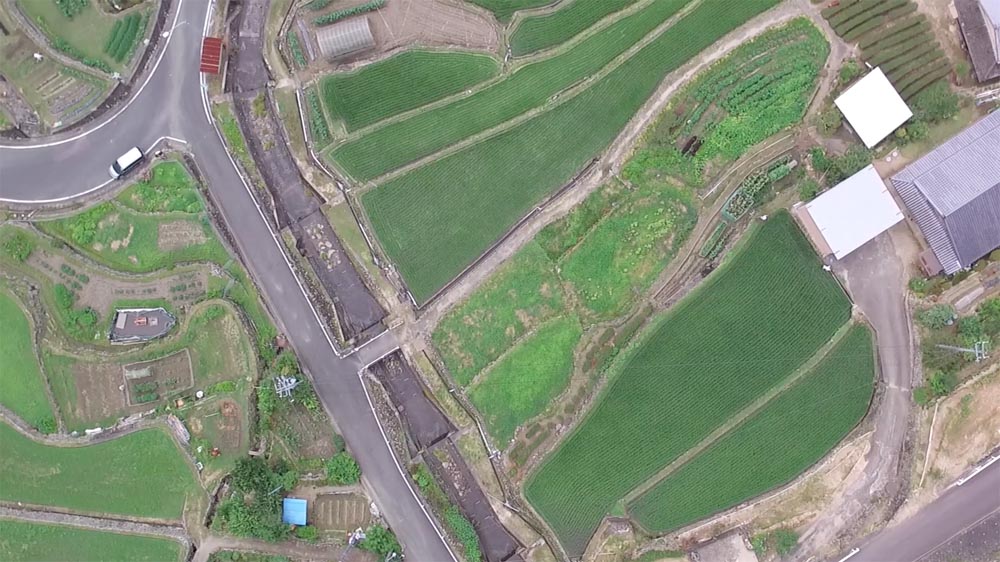 Bird’s Eye, Human’s Hand, Insect’s foot is an installation work which consists of video, a structure as a screen, and soil.

The production of this work is based on a research of Kadoya area where the exhibition venue located. Triggered by an encounter with a mountain whose entire slope covered with concrete because of a landslide, Yamada depicted view- points surrounding the mountain and the disaster. It resulted in a video work which is an assemble of following footage;

Voiceovers from two interviews; one is with a curator of natural museum explaining the cause of landslide, the other is with an employee of the company having executed the construction. Footage of workshop that people play with mud and creating childish miniature of landscape, landscapes of the mountain covered with concrete, daily things associated with water, ants walking around observed with magnifying glass, aerial videos of terraced rice paddies around the mountain; which is said that it is capable to prevent landslide happening if they are well maintained.

These fragments of footage are linked with each other by analogies and metaphors as well as changing the scales.