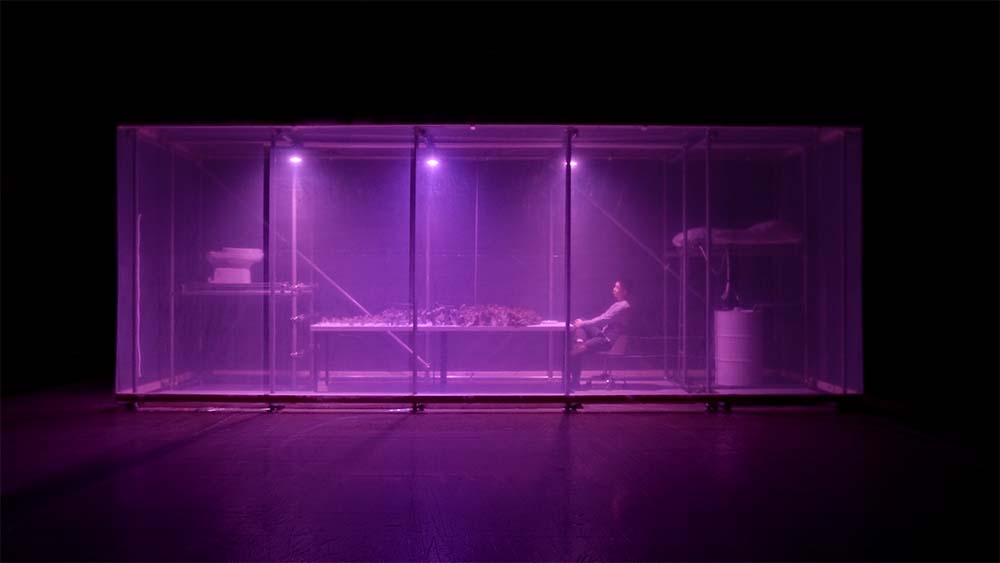 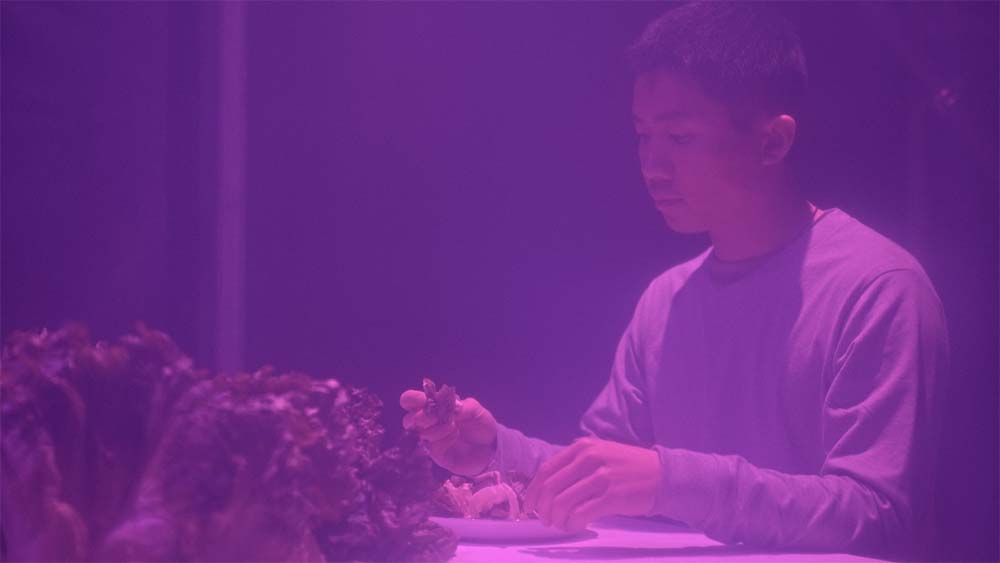 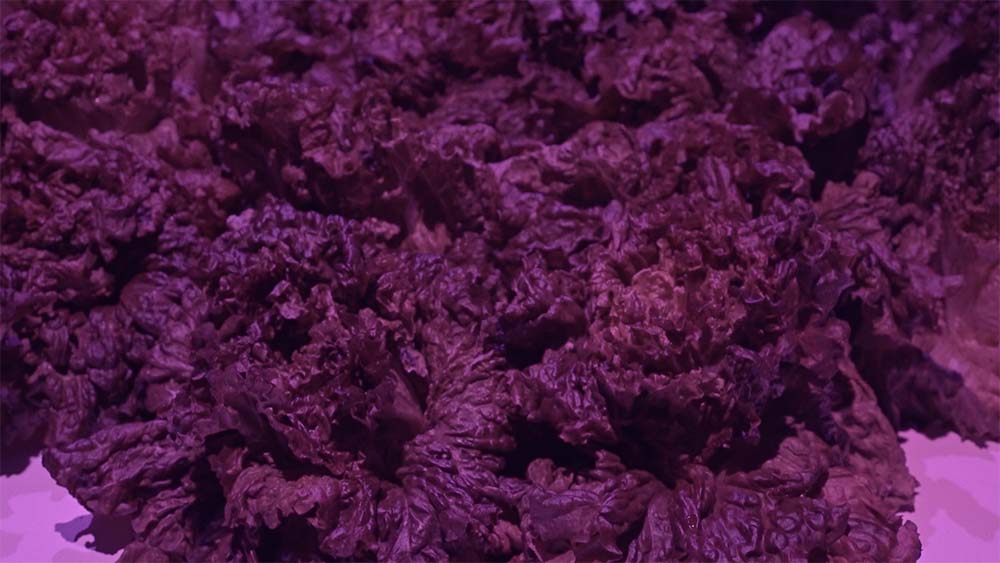 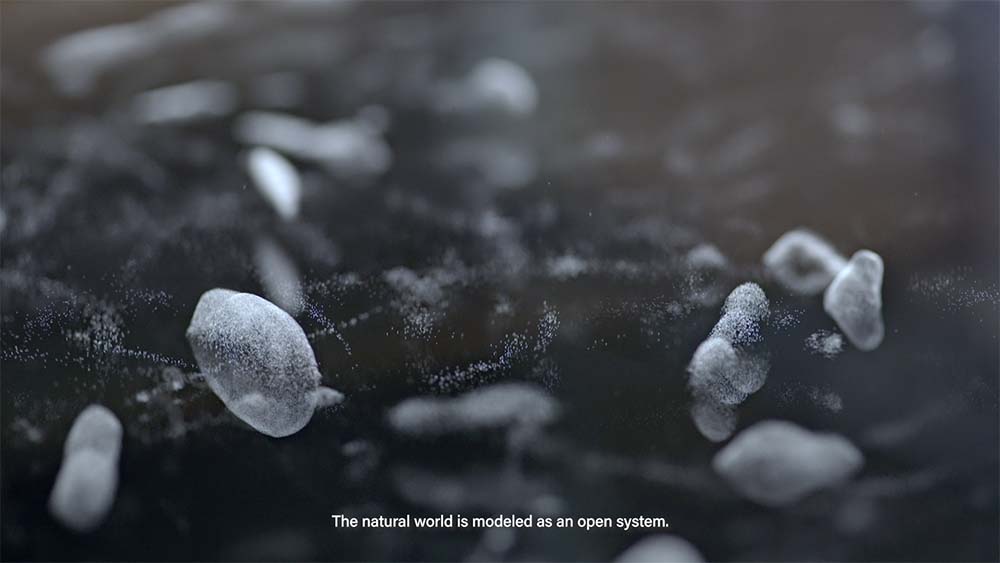 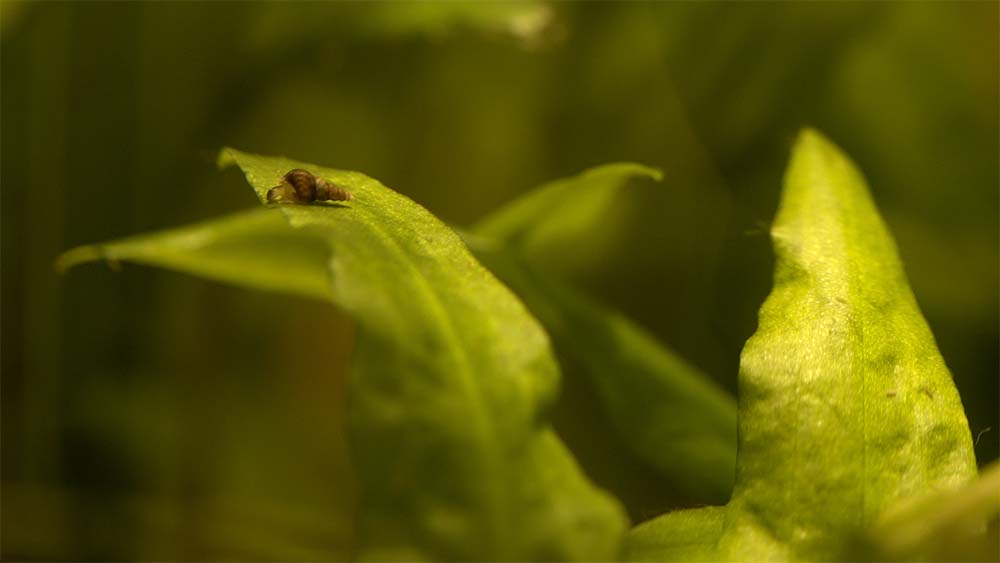 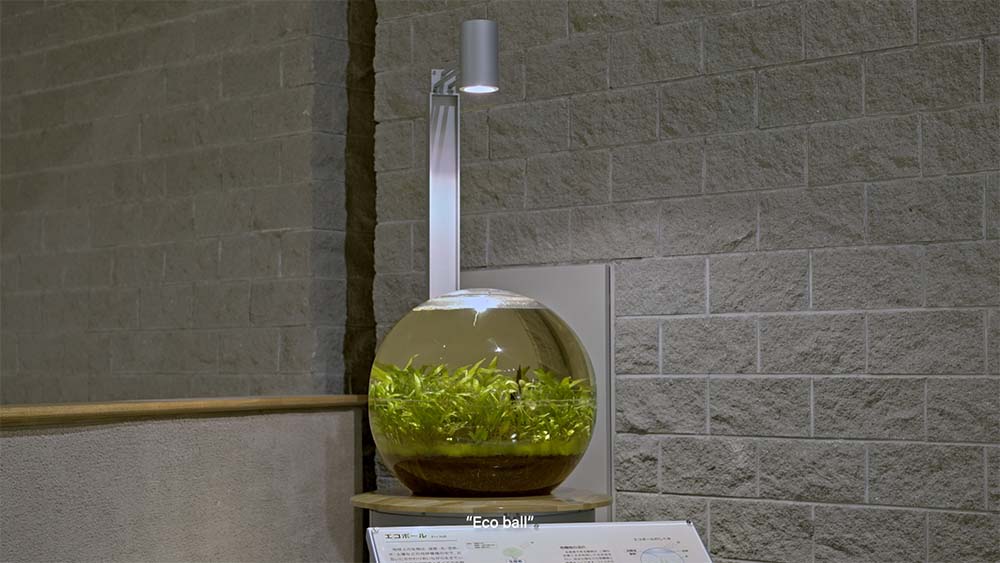 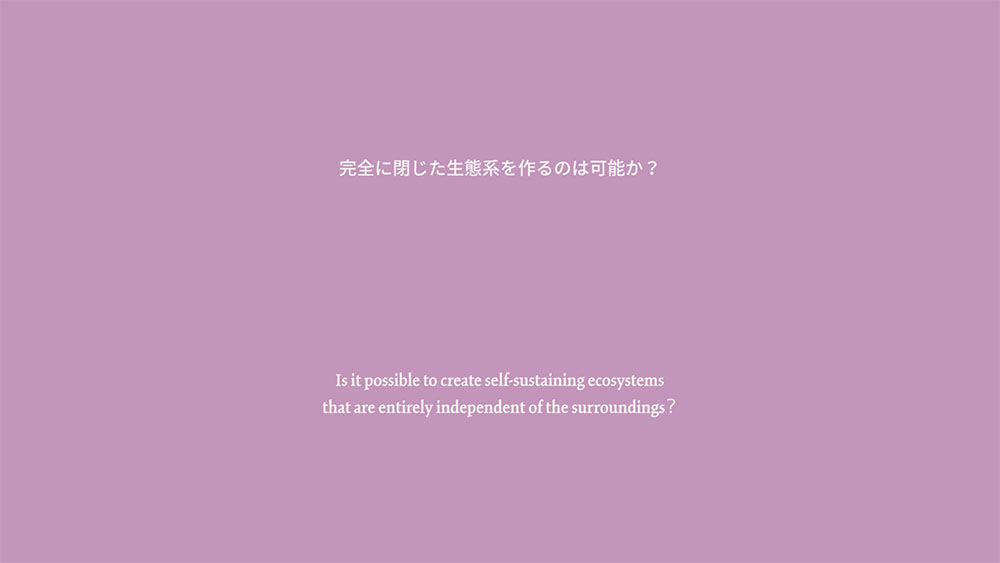 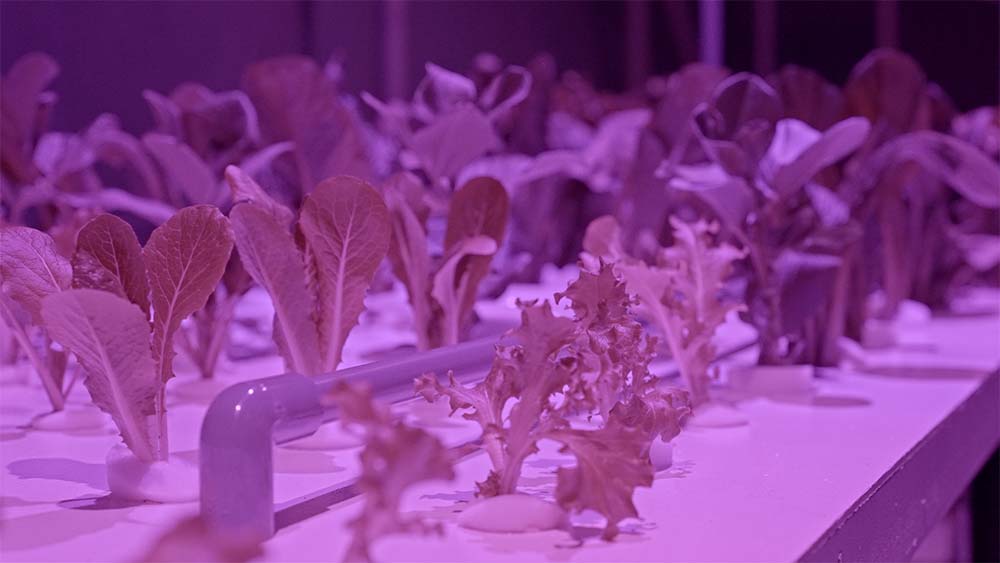 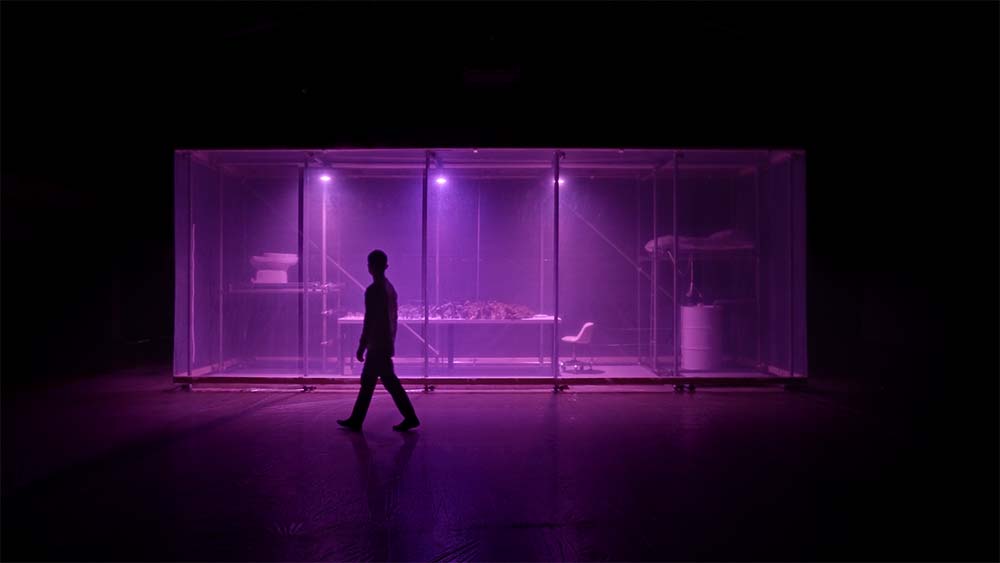 In THE ROOM, referring to experiments of closed ecological systems, Yamada renders an imaginary room holding a self-sustaining ecosystem.

A closed ecosystem circulates matter in a self-sustaining way without external interactions. Countries have been experimenting with these systems for space exploration and Mars colonization in the future. The technology is also applied to other developments such as vertical farming systems. Since natural ecosystems are open and connected to the surroundings, any attempts to create entirely independent ecosystems have not ever been completed. With current technology, material circulation can be partly realized but electricity or solar energy still needs to be taken in from the outside.

In the film, life in a closed ecosystem is performed in an abstract setting. Written texts composed of actual interviews frequently appear as the narration in which a fictional scientist guides the functions of the room. Here trust in technological advancement and the future of the system are claimed with confidence, while it also comprises uncertainty and contradiction to rely on the system that has not yet been realized. The interviews were conducted with the following institutions: Institute for Environmental Sciences, Japan Plant Factory Association and Gunma Museum of Natural History.

The technology oriented optimism is posed with an ominous touch, drawing a question if a designed environment can be a utopia or a dystopia when it is arranged for human use apart from the natural surroundings.